The two-terms Mayor of Semarang had passed the trial with Cumlaude predicate. Hendrar Prihadi who is also known as Hendi made his dissertation entitled Management Model of Semarang Smart City.

The man who was born on March 30, 1971, conveyed that the backgrounds of his scientific work were the problem condition and urban challenges in the global era. Not to mention the City of Semarang.

From that problem and challenges, Hendi, then, looked for the smart solution and smart concept. He saw the implementation in big cities in Indonesia and the result was vary and different. That triggered a question, How’s Semarang? 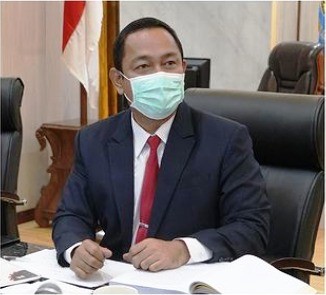 “Based on the objectives of the research and the qualitative analysis result, the Management Model of Semarang Smart City which can be used as the model of smart city at regional government (in this case is city or district) in Indonesia including Semarang is presented,”

Hendi also explained that the findings and results of the discussion in that research could be used to get to know how the assessment towards the management model of Semarang smart city along with the determinant or the determining factors. The important point in that reconstruction and the smart city model have the uniqueness and differentiator with other models.

“Management Model of Semarang Smart City can answer the big question on the urban problems, namely it can overcome the urban strategic issues according to RPJMD on the Milestone RPJPD. Then, resolving the strategic issue by utilizing the information technology and new program innovations according to the local wisdom as well as following the existing regulation. The result is declared good by the assessment of many parties,” he explained.

Furthermore, it was found seven factors affected the implementation of the Semarang Smart City Model.

As much as those seven factors were also supported by various literature on Smart City and were strengthened by various interviews with the experts of Smart City.

Hendi said the Doctoral study on social and political sciences that he took was a part of refreshing himself. It was because he always met the public every day. He felt that he forgot the new insight and knowledge.

“My daily routine in the morning, noon, evening, and the night was to meet the public. Sometimes, I feel like I forget what the new knowledge insight is. So, I would just assume it as a self-refreshment,” said Hendi who had taken his Doctoral study since 2018.

The husband of Krisseptiana said that the education he took was for gaining insight and knowledge. He hoped that the knowledge he got would be beneficial for the public.

“I wish that my dissertation on the Semarang City in applying the smart city can be beneficial,” he said.

During his leadership, Hendi had done various efforts to support the City of Semarang as a smart city. Society could feel the benefit of the programs based on the smart city. Such as the reporting system called Lapor Hendy.

It helped the public and quicken the problem-solving process. Online permit administration or civil administration also had been applied. The installation of CCTV in every neighbourhood was also a part of supporting the City of Semarang as a smart city. 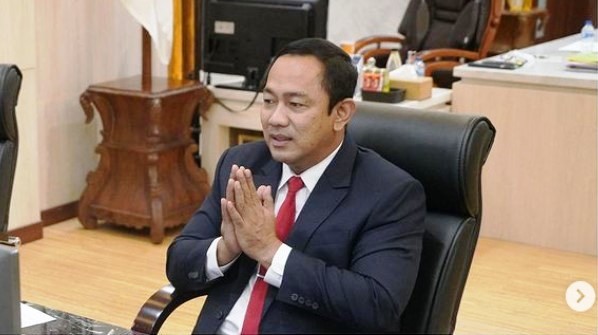